Review: Last War of the World-Island by Alexander Dugin

By virtue of physical location, Russia inherits a resolute role in global geopolitics. This explains why the United States and Russia cannot stop fighting because they have so many disputes in the latter’s periphery. Last War of the World-Island - Geopolitics of Contemporary Russia by Alexander Dugin expands on this notion and frames the American-Russian rivalry as a struggle between the sea and land power for global dominance. 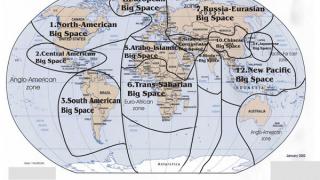