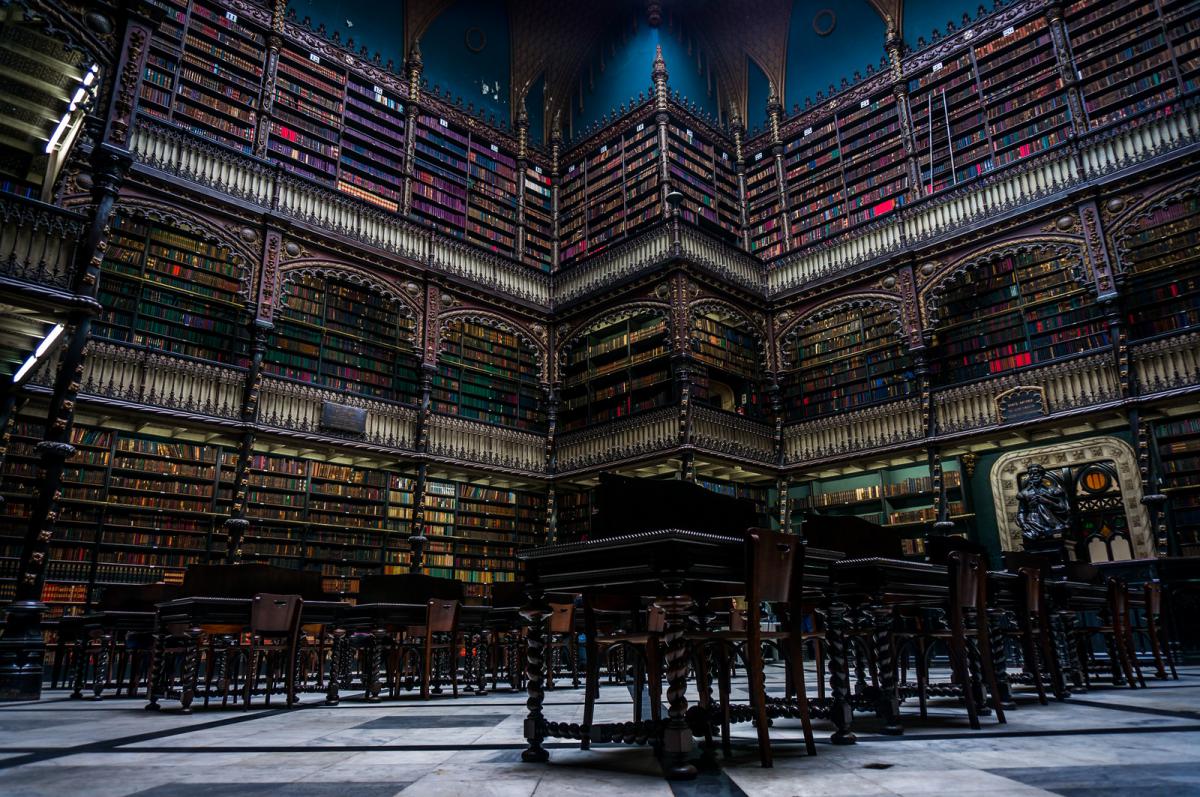 The "Paideuma-TV" project thinks and speaks about the fundamental - the cultural and civilizational identity of Russia and the West, being (ontology) and the subject, theology and eschatology, anthropology of the Russian world, the prospects of the "big space" (empire), the logic of the world process, the relationship of civilizations , the paradigms of Tradition, Modernity, Postmodernity, the foundations and collapse of modern civilizations and cultures, the prospects of Man. The depth of the formulation of questions excludes here an idle analysis, an inaccurate futurological forecast, an irresponsible social project. The programs of "Paideuma-TV" expose the points of intellectual insecurity and vulnerability of the Russian world, the Eurasian space and establish a new intellectual platform for solving the "main issues" of our time - whether there should be culture, civilizations, history, thought, mind, Man, the universe as such, or allow the hellish forces of unbridled materiality to dissolve all this in a deaf haze of unconsciousness and insanity of the modern world.

Paideuma. To the history of the concept

To the theory of L. Frobenius


"Frobenius is the most prominent representative of the theory of" cultural circles "(Kulturkreislehre), according to which cultures arise in strictly defined foci, and each cultural discovery, object, technique, ritual or myth has a certain point, from which their distribution begins, like circles diverging on water. Thus, if we find similar elements in different cultures, it is safe to say that there were some connections between cultures.
Frobenius thinks about what constitutes and how a cultural code develops, defining each culture and its morphological stages. For this, he introduces the central term for his theory of "paydeum", from Greek παιδευμα, which literally means "subject being taught" or "learning content". The term is very capacious, since it carries four meanings simultaneously:
the process of education (training - techniques, methods, tools), the content of education (what is being taught), those who form (educators, teachers), and generally those who are formed in the process of education (students, receivers).
From the point of view of Frobenius, paydeum precedes all other forms of historical and cultural existence of human societies.
No one creates artificially Paideum; it arises organically as the spirit of a particular culture and already later realizes itself through the whole process of the historical and cultural existence of a nation or civilization. In this sense, the paideum can be compared with the concept of "collective consciousness", introduced by E. Durkheim.
According to Frobenius, neither a person nor a people (as a society) form a paydeum, but, on the contrary, a paydeum forms a society and its individual representatives. To comprehend the structure of any society, both archaic and complex, it is necessary to focus on the study of the paydeums.
Frobenius writes: “It is not the will of people that generates culture, but culture lives in people (it can be said that culture lives people)” ..

Frobenius identifies three key points in the historical existence of the Paideums, which correspond to approximately three stages of the organic development of culture in Danilevsky and Spengler.
The first thing is “obsession,” Ergriffenheit. This is the beginning of the historical existence of culture. The human community at some point is faced with something that shakes it to the depths of the soul. This can be a phenomenon, an event, a symbol, a state, a detected pattern, a technique, etc. The perception of this turns out to be so strong and deep that society becomes literally “possessed” and endows with what it has encountered an absolute, sacred meaning. This point of “obsession” begins to enter as a knot for numerous myths, symbolic series, plots, practices, social institutions, etc. At this stage, the core of social culture is formed - at the beginning in raw and generalized, rather intuitive and implied, rather than in the form.
Society may be obsessed with time, death, patterns observed in nature, cataclysm, sex, pain, etc. Whatever causes “obsession”, it sooner or later acquires the properties of “spirit”, “deity”, “otherworldly”, etc., and it turns out to be the basis of magical, religious, ecstatic rites and practices. This is the sacred foundation of society, the core of the paydeums.
Frobenius shows that in this phase, which is correlated with the culture of childhood, the central point is “daimonic” - a vague perception of a powerful, obscure, attractive and terrifying force at the same time. Frobenius speaks of the “dymonic world” (damonische Welt), the “dymonic beginning” (damonische Prinzip) or the “dymonic moment” (damonische Moment) 1. When the source of the “daimonic” becomes personified, the figure of Fascinator, “Possessor” or “daimon” appears.
The second moment of paydeums comes when “obsession” begins to undergo rational thinking and look for distinct forms for its expression. Culture tries to give what is “obsessed” with it, a distinct appearance, to bring it outside, to make it a subject of knowledge. This Frobenius called the stage "expression", Ausdruck. Here we are dealing with the process of creating a clear contrasting image, cultural self-reflection. The society develops the canons of art, religion, technology, social and political structure, which gives an orderly and normative character. What it was blindly "obsessed with" earlier turns into an object of contemplation. This is the heyday of culture, its highest explicit deployment. Here, culture clearly speaks about itself that which was previously an intimate secret.
Frobenius compares this phase with youth. Here the essence of culture is embodied in the ideal; the demon becomes a god, an idea.
The third moment Paideums means a gradual cooling of the culture, its mineralization. Here, the form found at the second stage, which constitutes the essence of culture, becomes the basis for creating technical practices. This is an "application", Anwendung. At this phase, culture materializes, freezes, turns to the lower material layers, is dispersed in the technique. This phase can be easily identified with what Spengler understood by "civilization." The era of "technical development" in every culture is a sign of an imminent and near sunset, Frobenius believes. It means that the strength and power of the original “obsession” are so exhausted that they no longer have a mobilizing, fascinating, sacral influence on society. Myths are erased, religions lose their attraction, social practices become a routine. The agony of culture is associated with this: it tries in vain to preserve its wholeness in search of artificial stimuli.
This is maturing and old age: now the ideal and god turn into a fact, into an instrument, into a commonplace, into matter. This is followed by the inevitable decline of culture, the paydeum perishes.

Frobenius connects the paydeum with the land, with the organization of its landscape. It is the relationship with the earth that determines the essence of human culture. Frobenius suggests the following formula: “culture is the earth that has become the body through the medium of man” (Kultur ist durch den Menschen organisch gewordene Erde2). On this basis, Frobenius builds a dual topic of culture, suggesting a plant metaphor (like Danilevsky). He understands the body as the middle phase between spontaneity (“obsession”) and mechanicalness (“application”) and relates it to the “expression” phase.
According to Frobenius, Paideum can be viewed as a plant with roots and stems with branches and leaves. This makes up the two halves of a single organism: one part of it moves into the depths of the earth, underground (this is what Frobenius calls the “chthonic component”), and the other stretches upward from the ground (“telluric component”). Both are associated with the earth, but in different ways: the chthonic one to where it came from, telluric, on the contrary, tends to the nebula, away from the soil on which it appeared. Both directions make up the life of culture.

Thus, the Paideum can be divided into two types: a single pole, a chthonic pole, associated with a matriarchal beginning, or centripetal tendencies, with coagulation, covertness, self-absorption.

The second, telluric - with a patriarchal beginning, with a centrifugal movement, with a sense of expansion, overcoming the limits and the desire to break away from the roots.
Matriarchal cultures tend to justify housing in caves or pits, dugouts. Patriarchal - to build houses and sometimes “big houses” expressing the desire to create something huge and gigantic. Such “big houses” among archaic tribes serve religious purposes, empowerments and ceremonies. Patriarchal societies are built on vertical geometry: a child stretches up from the ground, society, social institutions are thought of as tree branches, a spear and an arrow become symbols of the axis around which hunting, war, and rituals are organized.
In patriarchal cultures, everything that strives upward is valued: in particular, fire. Hence the cremation rites of the corpses. Death is thought of as a prelude to a new birth, like seedlings of cereals.
Matriarchal chthonic cultures, on the contrary, most of all value the material, physical, maternal, associated with the lower levels of the universe, with what is hidden inside the earth. Hence the social practices of gathering (roots, as well as berries, mushrooms).

Both poles of the Paideum represent space in different ways. Frobenius emphasizes: “Telluric is the peace of unlimited space; chthonic - tight place filled with anxiety "(" Tellurisch ist Ruhe im unbegrenzten Raum. Ehtlionisch Unruhe im begrenzten Raum ") *.
The polarization of two types of cultures and then their imposition on each other, according to Frobenius, created the social architecture of civilizations with which we deal right up to the present.
Steppe zones of internal Asia (Eurasia), Africa and Eastern Europe were centers of centrifugal cultures of patriarchal type, the coast of the Mediterranean and southern Asia, on the contrary, were zones of centripetal matriarchal cultures.

The spread of mobile male cultures to the territory of the chthonic zones led to the emergence of the “great cultures” of India, western Asia, the Aegean range, Rome, France and England. At the same time, according to Frobenius, the patriarchal cultures carried in themselves the power and vitality, but it was matriarchal cultures that gave this force plastic forms. In this combination, in this dialectic of telluric and chthonic, he sees all the rationale for the problems of world history.
The dualism of the telluric / chthonic Frobenius carefully studied on the African material, because he was engaged in the anthropology of African societies throughout his life. In his writings, he shows that in modern Africa we can witness such an active interaction of chthonic and telluric types, which is no longer found in other parts of the world, especially in Europe, but exposes a mechanism that lies deep in all cultural forms, only in a more veiled and complicated form. "

chapter from the volume NOOMAHIA "Logos of Europe"