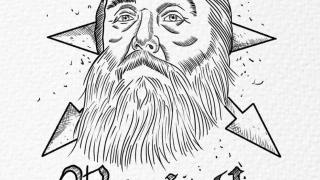 The three main ideologies of the Twentieth century were:

2)  communism (including both Marxism and socialism, along with social democracy)

The Fourth Political Theory is conceived as an alternative to postliberalism, but not as one ideological arrangement in relation to another. Instead, it is as an incorporeal idea opposed to corporeal matter; as a possibility entering into conflict with the actuality, as that which is yet to come into being attacking that which is already in existence.

At the same time, the Fourth Political Theory cannot be the continuation of either the second political theory or the third. The end of fascism, much like the end of communism, was not just an accidental misunderstanding, but the expression of a rather lucid historical logic. They challenged the spirit of modernity (fascism did so almost openly, communism more covertly. The Fourth Political Theory is a ‘crusade’ against: •     postmodernity, •     the post-industrial society, •     liberal thought realised in practice, •     and globalisation, as well as its its logistical and technological bases.