Despite the fact that Slavophilism was conservative and Westernism was radical, they had a common denominator: Both were different manifestations of Russian militant nationalism.

Herzen anticipated the fetal Slavic thrust against a decaying Europe. He wrote that Russia’s future would pose a grave danger for Europe and that every day could see the overthrowing of Europe’s old social structures and the embroilment of Russia in an Immense and overwhelming revolution.14 Here we are approaching the central issue of Russian radicalism. Herzen was probably the first to anticipate that a Russian social revolution would immediately acquire a universal expansionist dimension, transforming Russia into the world center. This was not only wishful thinking. Russia was indeed the biggest country in the world, and this fact was always, wittingly or unwittingly, in the mind of any Russian thinker. As a citizen of such a large country, Herzen's thought was naturally universal, supported as he was by the scale of his country. This point was well stressed by Berdiaev, who said that the patriotism of a great nation must necessarily be faith in its great and universal mission, otherwise it would be a provincial nationalism, limited and lacking in any universal perspective.3

Which revolution should be the leading one, the Western or the Russian? Western socialists regarded themselves as entitled to lead the universal socialist revolution since, in their view, socialism was the last achievement of Western civilization. But for Herzen, the West was rotten to the core. The Slavic world might be barbaric, but it was young, and the biological future belonged to it.

Herzen was not only a Pan-Slavist but also a Germanophobe. He followed his former friend, Yuri Samarin, but made his point even stronger. According to Herzen, since Peter the Great, Russia had been ruled by aliens and more specifically, by Germans. His book on Russian-German relations as the framework of the Pan-Slavist revolutionary expansion was published in French in 1853 and had wide repercussions, which have lasted until even now.36

Western socialists regarded Russia as a barbaric horde while Herzen claimed that Russia was barbaric but young.

It was through Herzen that the discovery of the Russian rural commune by August Haxthausen (1792-1866), a Prussian official who studied Russia) was absorbed by Slavophilism. On the other hand, Haxthausen’s discovery made Western socialists believe that the Russian autocracy might take advantage of Russian primitive rural communism in order to export revolutionary Pan-Slavism to the West and undermine European political stability. The idea that the Russian autocracy might export revolutionary Pan-Slavism against Germany and Europe spread rapidly in the West.

When Herzen advanced the idea of a Pan-Slavic revolutionary invasion of Europe and the destruction of European civilization, Marx and Engels were furious. On February 13, 1855, Marx wrote to Engels: “at no time and in no place do I wish to appear alongside Herzen, not being of the view that Old Europe should be rejuvenated with Russian blood."70  They realized that Russia must be rejected en bloc, both autocratic and revolutionary 'Russia, since the very scale of Russia, its very size, inspired Russian socialists to be overambitious. Marx and Engels maintained a deep hatred for Herzen all their lives, refusing to regard him as a revolutionary. They called him a Pan-Slavist and a landlord, which was basically true although not the entire truth. Marx even managed to immortalize his distaste of Herzen in a footnote of Das Kapital:

The struggle started when Bakunin appealed to German Slavs in 1848 to destroy the Austrian empire.

The conflict between Marx and Engels on the one hand and Bakunin on the other is very often interpreted as the ideological confrontation between anarchism and Marxism, but it was only a rationalization of a greater conflict between German and Russian socialism, which were incompatible from a geopolitical viewpoint Herzen started this conflict; Bakunin only followed him.

Bakunin was opposed to the so-called working aristocracy, since according to him, well-to-do workers are not revolutionaries. Only lumpen and peasants are genuine revolutionary material, and brigands are also an extremely important revolutionary force.

Professor Mikhail Pogodin (1800-1875), the chief Russian Pan-Slavist of the time, could in 1855-1856 persuade the Russian government that the Slavs were Russia’s only reliable allies in Europe.97 That was wishful thinking, and it cost Russia a great deal.

the populists absorbed Herzen’s idea of the Russian rural commune, the obshchina, as primitive Slav communism and a means of bypassing capitalism. Contrary to Herzen and Bakunin, however, Russian populists were internally oriented and did not long for Russian revolutionary expansion. Some of them practiced political terror.

the mainstream of Russian populism was later transformed into the so-called Social Revolutionary (SR) party, 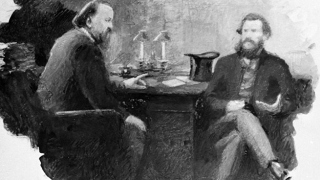 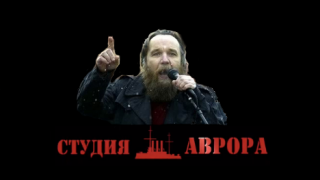